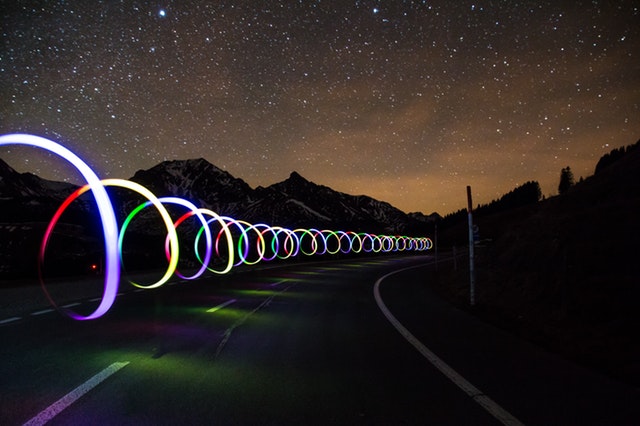 This becomes relevant when we examine how a lot of professions bill by the hour. Although progress in some cases makes it appear as if time moves backwards, time advances in .1 increments or even smaller. Some people live in the moment while others steal or borrow time from some other part of the space-time continuum. Time is the most important quality that we all try to possess.

No-where is time more important than when something appears to be going wrong. After being away on business for a few days I thought it would be nice to take my adult daughter and my father-in-law out to dinner. I decided to use my app to reserve a table, and use my daughter’s RAV since it was out. Technically it belongs to my wife, but we find it useful to have our daughter use it full-time for her schooling.  We headed off to one of those trendy but innocuous places. I mainly wanted someplace that had good parking.

Anyway we head off, and I am startled to hear a subtle but nasty grinding sound coming from under near the hood. I listen to it for a while, cast a doubtful glance towards her, grind my teeth for a moment and head off to the restaurant. We have a delightful dinner. I don’t bring up the car issue.

Back home, I keep the engine running and have a quick look. The engine components are jammed in there pretty tight, but I can see one component spinning down merrily grinding away in a chipper sort of way. The next morning I phone the dealership to bring it in right away. I did some technical research, this involved YouTube videos once again. So it seemed likely that we were looking at the serpentine belt having slipped off or perhaps loosened.

So the next night I gently ask how long the grinding has been going on. Awhile? She does innocently ask how long is awhile? And here I realize how relative time is when you ask about the length of it. Awhile could be asking how many seconds has the car been on fire? Awhile could be how many months has that crystalline piece of meat been in the freezer? But in this motor grinding instance, awhile would refer to a week. So she said that it has been a couple of awhiles.

The dealership eventually told us that the grinding sounded horrific since the bearing in the water pump had gone. After dropping the engine out, they had no problem in replacing the pump.

Getting back to professionalizing time management, billing by result has always been problematic, so lawyers for example bill by the hour.  In order to maximize time available for billing, most associations come up with time management suggestions. Some are actually downright scary. For some people.

I think the scariest suggestion involved going the paperless office route. My organization had not issued any particular directive, I just thought this might be a good idea. This may have been around the early 2000s. Like any traditional lawyer, I would get a letter and request staff to open up a new manila file and put the letter into it. I would then eventually get around to drafting a letter back the original author. Internal communications in the company had been electronic since the 80s.

One clear minded day, I received a nondescript letter and decided to walk over to the scanner and zipped it through. Sending the letter to myself posed no particular problem. Right beside the scanner stood the commercial shredder box. We contracted a company to come in and professionally shred documents for us. I looked at little the slit in the top. The box was locked, so there was no way to open it till the company got there. I hesitated for a moment, and thought, not what the hell, rather I thought this may turn out to be a terrible idea. But I committed myself and slipped the letter into the slot. I didn’t feel that I joined any new demographic, but I did feel regret. Perhaps checking to see if the letter went to my computer would have been a good process to follow before shredding.

I pep stepped back to my office and I could feel my face starting to heat up somewhat. I flipped on my computer and checked my email basket. The email system sent things around almost instantaneously and since the distance was just down the hall, I mistakenly believed that this would make it quicker than ever. And of course my expectations were misplaced. The scanned email did not appear. I began to think who wrote the letter and what did it ask? I confidently believed that this simple process would work that I didn’t really read the letter contents. Perhaps in two or three weeks whoever wrote it might write back. A bit miffed perhaps, but you never know.

Fortunately the scan came in a minute later. The scanner can take a letter in and spit it out quickly enough, but to compile it takes a bit more time. At least it did back then. So for over a decade and half I have been merrily scanning and shredding letters. I found this very handy since I can then take the letter and give it any sort of title that I want. If I find that the writer is particularly jerk like, well then I could let my creatively unleash a bit so I reflect that a bit in the ‘save as’ line.  Using some particular salient key words also would have allowed me to search for this category of person for the past couple of decades.

We are finally looking at a document management system and process for the entire company. As a major vocal advocate of this, I have been volentold to lead the process. Apparently no good deed goes unpunished. I am sure I will have to write about this process next

Another useful time saver uses the OC email delay system. OC stands for my ‘Oh Crap’ I forgot to include the attachment situation. I find it amazing how you can take all this time to craft a letter, review it, redraft it and press send to only realize your mistake instantly afterwards. There is something about pressing the send button that somehow galvanizes my mind to suddenly realize that I forgot to include what it was I talking about. Some people politely email back and remind you that you forgot. Usually they use some funny time-worn reply but the implication always remains ‘send attachment. Dolt.’

Time management also suggests just attaching the damn attachment first, then doing your email. But like most lawyers, we don’t like being told what to do so for some reason. I have always resisted this simple recommendation. I attach the attachment when I damn well ready to. On my follow-up apology email.

So I have taken the slightly more complicated route to ensure that any email sits in my outbox for one minute before the system sends it  I still reach in there any number of times during the week to pull something out. Only once so far have I gone in and deleted a somewhat negative reply when that sweet little voice in the back of mind told that me that this was a bad fracking idea.

One thing I have never gotten around to doing would be creating a prioritized to-do list. Admittedly, I do create an AMR to do list. This occurs whenever I get an email for something particular inane and I drag and drop the email into the ‘aw man, really?’ tasks list.  I go in there on a regular basis to deal with the bag of hammers issues. I do a little mental dance for joy if I hear that some issue has already resolved itself and I can tick it off. Rarely do I add some matter so that I can then just tick it off. That only seem to work on paper when you can add a matter just so that you can cross it off right away. You only get that contorted type of joy if you write it down on paper since electronically it just seems to disappear. No sense in adding it in the first place.

Only Check your email three times a day.

I manage to do this. Unfortunately the three times means morning, afternoon and evening. Perhaps those stronger than myself can resist looking at the email constantly. At work I have it up all the time, and when it dings I get a bit of dopamine joy in knowing that someone needs my assistance in something. I particularly like the short snappers that I can answer in a couple of minutes. The little red exclamation marks seem to work with them. And me. It then takes me another minute to gear up and try to remember what I was doing before.

I find the vacation notification replies really work so that the people know that I really am on vacation. People are prepared to wait so long as they have an idea as to how long that might be. I particularly like the vacation replies that people use to confirm that they may not have continual access to email. Cell coverage is almost ubiquitous and a lot of these people do not strike me as the backpacking in the wilderness type. This manages expectations quite well.