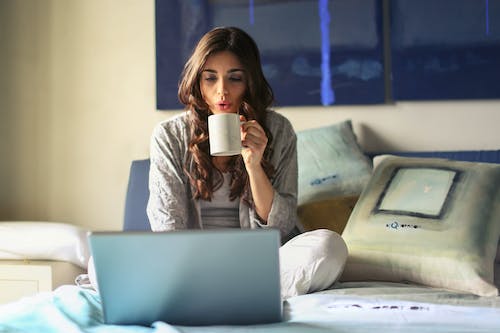 Most law firms have been lawyering the covida loco these past few months, and partners are encountering fundamental and rapid changes in the practice of law.

One major change has been the “free association” law firm. Previously unthought of, lawyers have been working remotely during this unsettling time. This has brought some profound revelations.

Experience revealed how well this has been working. Although a May 4, 2020 Clio briefing showed a 30-per-cent reduction in legal matters, clients are still coming in, meetings are being conducted, files are being filed, and there has been litigation. Lawyers always seem to do well in times of change. Boom times mean purchases, mergers, and new public offerings. Down times means sales, foreclosures and litigation over lack of disclosure around the public offerings.

The COVID-19 experience has ideally shown us how robust our information systems have been. With just about everyone accessing the network, some calls and meetings may not have proceeded as smoothly as one would have liked; but at least they happened.

A significant downside of the increase in online usage, however, has been a corresponding increase in phishing and other socially engineered attacks. Although your IT department may be marvelling at its impenetrable firewalls, it is always the human element that will continue to be the weak link.

One surprise may be the increase in productivity and billable hours during these past few months. The enterprise software company Aternity’s analysis from Feb. 24 through March 26, using its Remote Work Productivity Tracker, showed a 25-per-cent increase in employee productivity generally. One can assume the reduced commute time has been used as effectively as possible — or perhaps staff have just been working harder to show how well the remote office does work.

Researchers then determined that workers were in part responding positively to the increased attention being paid to their workplace, and that listening to the concerns of staff provided the most productivity gains. So just be mindful if productivity gains in the firm show up merely in the short term. Ensuring long-term gains requires, interestingly enough, measuring things for the long term.

Another revelation has been the potential to reduce downtown office space. Law firm accountants may be too quick in counting the possible gains as they contemplate the “new normal” of working at home and reducing office costs. Yet although half of the staff may be enjoying the remote office, the other half are starting to have serious concerns.

Working from home can have a serious impact on staff morale. The isolation and reduced human contact may eventually take its toll on overall productivity. There may be increased turnover as some gravitate back to a more traditional law office with in-person mentorship. Although remote work has always been seen as a perk, many do not see it that way.

Remote work affects corporate culture. This includes the way things get done and how people interact. The culture may persist in the short term as you continue to interact with people that you have known for years. You can apply previous social interactions to flesh out the reduced present ones. However, as more time passes, soon you will be Zooming with people you have never met and may never meet. Pleasantries will continue but deeper working networks may diminish somewhat.

This would become a major concern for legal operations and overall knowledge management. Knowledge can be found throughout the law firm, but a substantial portion of this knowledge is found within the lawyers themselves, and is often gleaned from them by wandering around and sticking a head into another’s office to ask a question. This transfer of knowledge between senior and junior lawyers forms an important portion of each other’s overall development, and this knowledge exchange may be diminished in the present state of remote work.

All this could lead into a greater long-term failing: reduced innovation. Any innovation is the end product of a series of other steps including inspiration, creativity, motivation, entrepreneurship, and finally innovation.

Interacting with others can feed into each one of these steps as we each learn what is happening in the legal field, what has worked and, just as important, what has not. Inspiration can be triggered by seeing other bits and pieces of what others have done, leading to creating something new. Most motivation comes from within, but external motivators are helpful. The same applies to entrepreneurship. However, by the time the firm notices that innovation is declining, it may be severely behind the curve.

A strong argument can therefore be made for retaining some office structure where people may still interact face-to-face in a physically distant but intellectually and emotionally intimate way. This may mean alternating days within the office, and mixing staff around so they get exposed to new ideas and tacit knowledge.

As difficult as it may seem, steps need to be taken to ensure that law firms stay as human as possible.

I thought this an amazing example of establishing need for a product. Spoiler alert. In the Wolf of Wall Street, DiCaprio asks someone to sell him a pen. The person answering takes the pen and asks DiCaprio to write down his name. This created a need, albeit somewhat artificial.

During an interview, you might be asked a similar type of question. Some people simply discuss the value attributes of the pen. Shiny, easy to hold. Others ask questions as to what the interviewer might look for in a pen. What did they like about the last pen they had? Others identify a problem, as above, and show how the pen solves the problem. The solution based approach.

There appears to be one more step beyond that. In Shiller’s book, Narrative Economics, he discusses how the first solution based approach is analytic self-referencing. Why you need the pen to write your name. He suggests a narrative self-referencing and narrative transportation approach. This suggests telling the interviewer to imagine themselves taking this pen and signing a multi-billion dollar contract.

Perhaps a bit delusional, but impactful all the same.

A suggestion to raise yourself above the pack.

Assuming this is someone that you want to give a gift to, how can you decide a gift strategy?

1. Give them exactly what they wanted. Perhaps out of your price point, but when money is no object.

2. Give them close to what they wanted. But this time within your price point.

3. Give them what they think they need.

4. Give them what they actually need. This is fraught with peril since you may be pointing out foibles.

5. Give them something completely random. This can be cute, unless its a live animal which you should completely reconsider.

6. Give them something that aligns with their thematic lifestyle. Perhaps running gear or cooking supplies.

7. Give them something to push them into a thematic lifestyle they should adopt. I keep getting cookbooks.

8 Give to some charity that can lift people out of poverty. Providing a well for a village goes a long way to reduce disease.

And whatever you do, enjoy the time together since its really just the thought. Right?

Does a company need guiding principles? I volunteered to have a look at some of ours to see if I could condense them somewhat. Which of course led to the first question; What do they accomplish?

Principles reflect your vision, mission, strategic interests, and core values and constitute a broad philosophy that guides an organization. They become part of the brand, which includes everything you say or do.

So guiding principles should then imbue everything you say or do. This includes the type of deals you construct, the people you hire, the person you want to become.

Tim Hortons debrided Beyond Meat from its menu.

Debridement is the medical removal of dead, damaged, or infected tissue to improve the healing potential of the remaining healthy tissue. Removal may be surgical, mechanical, chemical, autolytic, and by maggot therapy. Wikipedia

I am not completely sure why when I saw this headline, the concept of debridement immmediately leapt to mind.

Perhaps its the slightly ironic comparison of debridement, the removal of damaged meat tissue, and the Beyond Meat headline, which is the removal of a damaged non-meat product from the menu.

When I go to Tims, the last thing that comes to mind is a meat product, or a non-meat product.

Photo by rawpixel.com from Pexels

We suddenly awoke to a new type of marketing. CSR has been around a while, but this new form grabs your attention. This shows a few behaviors of note:

3. Social media provides immediate measurement on how well you have done (or how fast you have to fix things)

Your marketing should attach positive values to your product. This is different from simply advertising.

A piece of plastic and metal does not necessarily carry values inherently. Your company needs to live and breathe these values you have woken.

Photo by Tirachard Kumtanom from Pexels