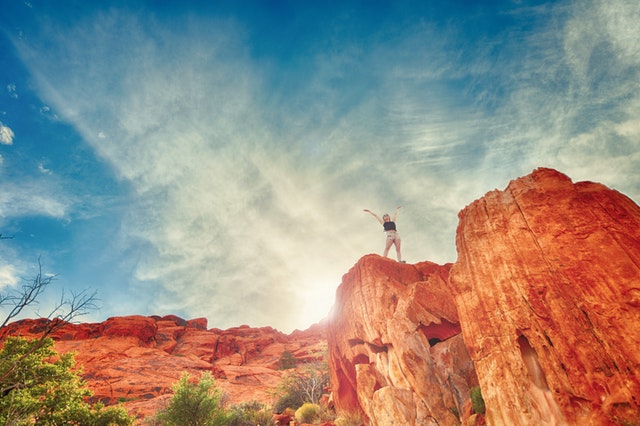 A lot can be said for contentment cruising. The condition of being satisfied with what you have. This condition seems more achievable than happiness which appears to be a transitory emotional condition state. I achieve a high level of happiness when consuming chocolate cake. I would not be happy in this constant emotional high all day since this would consist of continual cake consumption. And diabetes. I may consider an experiment sometime in the future, but I know that once the cake consumption stops, regret flows from all corners. Eventually you would lose all your corners while you became ball like.

Cruising around sounds more relaxing than actively pursuing something. Cruising even sounds cool and seems consistent with achieving a particular level condition and keeping it at that level. An even pace.

I recall the times that I felt absolutely content. Our cottage at the lake provides the proper environment. One time during the winter when the rest of the family was out of town, I ventured to the cottage by myself and the dogs. The neighboring cabins remain vacant this time of year. The entire area goes dark without street lights.

Inside the cottage, pine covers the walls and ceiling. I activate the Bluetooth speakers to stream some nice subtle coffeehouse type music. All the lamps use LED bulbs, so of course I feel virtuous and turn a lot of them on. By 5:00 pm darkness settles in and I consider what to make for dinner. Th e weather makes other plans for me and knocks out the electricity. We keep a very nice antique candelabra up the cottage to carry around the candles. I scuttle around and can’t find any. Or a flashlight. So the atmosphere could have been very romantic with some candles and my spouse. But I digress.

The atmosphere turned pitch black instead. I did find the Coleman lantern and attempted to turn it on. The lantern took a few turns to get it going and by the time it did light, the excess propane fuel gave it a nice pop. The lamp made a sound louder than a pop but less than an explosion. [1] After checking the thesaurus, detonated seems to cover it. And of course, any unanticipated sound gives me whiplash of the neck and spine. And this sound was one of them.

The power can go out for a few hours, so I hunkered down and put a few more logs on the fire. Closing the glass door on the high efficiency fireplace produces a very unique fire. The flames seem to dance in the area above the logs instead of emanating right from the logs. I find it quite entrancing. The heat just radiates from the fireplace with minimal sound.

I turned off the Coleman and instead laid down on the couch in front of the fireplace. The dogs knew the routine and found their own favorite places. The flames provided the only light. I thought of this book I purchased 30 years ago, describing a world lit only by fire. I really have to read that someday. I admonish myself occasionally for things that shoulda, oughta, coulda been done.

I thought I might be in for the long haul. The temperature fell below freezing outside, so I did not know how long the furnace might be off. The fireplace can heat the cabin fairly well. I grabbed a blanket and closed my eyes. I felt contentment during this time. Nothing more could be done, and I desired nothing else to be done. I wondered about the dogs. Are they constantly happy or constantly content? Another time perhaps. I dozed off.

The period of contentment ended precisely at 6:31. I literally flew off the couch as every electrical device in the cottage announced its presence in a very happy way when it got its electricity back. The LEDs merely came back on, but they were emanating their own radiation, so I think the verb emanating requires the word happiness beside it.

The microwave produces a very loud squeal to announce that once again it is ready to radiate our food items to perfection. It produces a reverse type of squeal when it loses power. Sort of like a minor character in a movie that has a major task to allow the main hero or heroine to accomplish the main goal, but the minor character always gets killed off. ‘I’m sorry. I can’t heat up your leftovers. I tried.’ And then they express their last dying sounds. Very depressing. But when the power comes back on, the minor character revives and never died in the first place. The movie producer manage to squeeze another emotion out of you, but you feel better that the minor character did not die in the first place.

The oven however surprises you. Like a large black cat, the oven merely goes dark and sleeps. I suppose the manufacturers decided that you already knew that the power went off so no need to advise you by a warning squeal. The same manufacturers apparently decided that they had to grab your attention, perhaps more violently than required, that the stove got its power back. The sound emanating from the reactivated stove does not deserve the word happy beside it. I suppose sound horn covers it more accurately along with blasted. So, the stove blasted its sound horn to warn everyone that it was ready once more.

The Bluetooth speaker came alive. I place it in the center of the room so that the sound evenly distributes around the entire cottage. Of course, the center is where we keep the couch too. Beside my head. Sound increases logarithmically the closer you are to source. So the result is loud, even it is coffeehouse music.

The brain should include some type of surge protection. All of this radiation from various gadgets covering multiple wavelengths overloaded my system. This turned into a tanning bed for the brain when you wake up after accidently dozing off. And as I mentioned, I startle easily even at the subtlest surprises. Even more so when they aren’t subtle.

During that 30 minutes between searching for candles and falling asleep on the couch, I felt that sense of contentment. I did not search for it. The contentment just seeped in from all areas. And for a brief moment I did feel happily content.

The next post shall deal with a number of other paths for happiness. 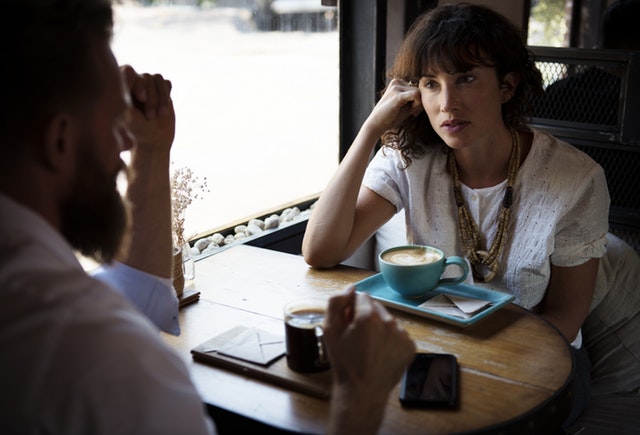 Nothing rivals a good conversation between close friends over good coffee. Texting between friends seems more like the Turing test where you try to discern whether the one replying is a machine or not.

Conversation occurs informally, systematically, and for the purposes of establishing and maintaining social ties. The development of conversational skills and etiquette becomes an important part of socialization.

One loses too much without personal contact. You miss the tone, context and body language. A thin argument can be made for social media such as Skype or FaceTime, but face it, the eye contact becomes lost as you focus from camera to screen.

There are several benefits to conversation:

Understanding and being understood.

I used to draft legal memos by laying out the issue, including a bit of legal analysis and following with a conclusion. This made the entire situation quite clear. Apparently, only in my own mind.

I eventually simplified my notes and used numbers to enumerate the various problems. I found that this still did not seem to clarify the situation.

I became more convinced that no one was getting to the bottom of my memos and it was better to have the conclusion at the beginning. This prompted me to move parts of the memo around.

When this didn’t make the issue clear, I went for the conversational approach. The verbal method along with the tone and body language finally made the necessary points. I only use the “Peter Pan” fists on hips stance in cases of dire emergencies.

This clarified to me how certain points can simply be lost in the noise of facts and other things that are just happening concurrently with everything else. The traditional format seems to bury information. This is similar to the PowerPoint that led to the Challenger disaster. They eventually found that the critical decision-making information was buried with all of the information. PowerPoint may be useful for presentation but seems to reduce the potential for any discussion of the various issues.

More workplace value: Others can see greater value when complex ideas are presented simply. You can do this sometimes in a note, but the best customer interface is simply when you get out of the chair and speak to people about whatever issue they are facing.

Better relationships: Getting out of your chair also allows you to interact with people in a normal fashion. Asking about other people’s lives and what is going on with them is important not only for work purposes but this is what humans do.

If you have the time, I find bringing baked goods really helps the social interaction. 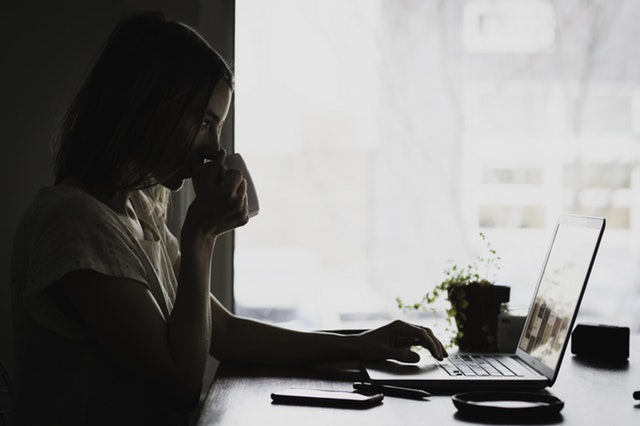 When mediating at your desk in an open office concept causes the stress the mediation is attempting to alleviate, then I suggest the eight manila folder path of work Buddhism.

Being clear minded on all things allows the stressors to drop off and the Zen emerges.

Michelle Rose. Reflection of My Journey

Drowning in the busyness of life, and how I stay afloat, and find peace and stillness amidst the chaos

Using Internet Marketing to drive new clients to your business

Motivation as a lifestyle

WOMAVES LIFESTYLE
Success Follows Me ( & You)!

Cancer Is NOT A Death Sentence

You know, it's cool for cats.

A look at life, achieving good physical and mental health and happiness

I dont have the answers, just a lot of questions.